Sandy enjoys writing picture books for one of her favorite audiences, children.  Profits from all her books are donated to stop child trafficking. Her heart’s desire is no child trafficked, ever! 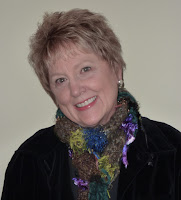 Sandy Hill was bitten by the writing bug after winning first place in her school's writing competition. After a career as a data analyst and mission controller on the NASA Pioneer space shot to Jupiter, and a programmer and a software saleswoman, Sandy took on a second career. She married Gene and became an instant mom to a daughter and a son. In retirement, she launched into a third career as a children’s writer. Challenged by the plight of trafficked children, Sandy and Gene created a nonprofit organization, Freedom13.org, and Sandy became a speaker against child trafficking. Sandy and her husband create award-winning photographs, and they donate profits from the sale of their photographs and Sandy’s books to help the children. Today, she delights in sharing time with four grandchildren. They enjoy sailing Puget Sound near their home in Washington. Over 40 years ago Sandy accepted Jesus Christ as her Savior and Lord of her life.

Sandy's children's books are Story Monster Approved. Which means a panel of experts reviews each book, followed by a panel of children who give their opinion. Two thumbs up and its monster approved for children to devour. Sandy's latest book, Seed, Plant, Harvest, is currently in review by Story Monster.

Sandy is an experienced speaker and could be available to speak to your group. She was trained by the Northwest Christian Speakers Bureau. References are available upon request.

Sandy speaks against child trafficking. Her heart is to educate others about children trafficked into the sex trade in America and how to protect children. Presentations are free of charge.

Sandy is available to speak about her Christian faith, her destiny to write for children, and the importance of imagination.

To schedule a speaking event contact Sandy at SandyHill.writer@gmail.com.